The Seefeld plateau between Innsbruck and the German border in the Austrian Tyrol is, as its name suggests, an elevated flat area north of the Inn valley originally formed by glaciers.

It is surrounded by mountains on three sides and is open to the sun on the southern exposure where the plateau drops 600 metres to the valley.

The area around the main resort of Seefeld in Tirol has been host to the Winter Olympics twice, and in the summer month the area is renowned for its wide choice of hiking and biking trails, with choices ranging from forest and lake routes to high mountain challenges.

The massive Karwendel Nature Park nature reserve is directly to the east of the area and one of the most popular summer events is the Karwendelmarsch hike from Scharnitz to Pertisau on the Achensee.

History of the Area

The plateau was once covered in forest and the traders who first explored the area looking for a quick route through from Innsbruck to Munich had to deal with natural hazards, wildlife and robbers looking to steal their wares.

Eventually settlements grew up along this trading route, each about a day’s walk apart. One of the biggest was Seefeld, which increased in size after a religious ‘wonder’ occurred in the parish church and pilgrims started to arrive to view the scene.

The Leutasch valley and the Karwendel ranges beyond Scharnitz were also a rich source of timber for the bigger settlements of Innsbruck and Munich.

Along with Kitzbühel and St Anton am Arlberg, the Olympiaregion Seefeld is one of the ‘traditional’ winter and summer holiday destinations in the Tyrol and is a member of the ‘Best of the Alps’ association.

Winter on the Seefeld plateau

Downhill skiing is available in Seefeld (on three different ski areas) and in the Leutasch valley. Although the areas may be small they are family-friendly and the skiing starts at an impressive altitude of more than 1200 metres.

But the plateau is world-famous for its cross-country skiing, with the areas between Mösern, Seefeld and Leutasch covered with more than 250km of prepared trails. As well as some of the Nordic events for the Winter Olympic Games, the area has also hosted the Nordic Ski World Championships and is part of the Nordic World Cup circuit every winter.

There is also a wide choice of cleared winter walking trails using the more popular and lower summer hiking routes, while visitors who want to get away from the beaten track can try their hand at snowshoeing.

Summer on the Seefeld plateau

The region is a popular destination both for summer holidaymakers and for day trippers looking to escape the heat of the Inn valley.

The relatively flat plateau is criss-crossed with hiking trails past lakes and through forests and meadows, while the Wetterstein and Karwendel mountain ranges offer more challenging high altitude trails.

E-biking has also boomed on the plateau in recent years, with rental opportunities and loading stations strategically located in the area.

Golf has always been a popular pastime around Seefeld, with the full course in the countryside near the Wildmoos and a 9-hole course within walking distance of the centre of Seefeld.

Other summer visitors like to use the plateau as a centre for excursions by train or car to Innsbruck, Munich or some of the Bavarian castles.

Getting to the Seefeld plateau

Seefeld in Tirol By Air

The closest airport to the Seefeld plateau is Innsbruck – only 20km away and with public transport access (airport bus and then train).

Munich Airport is much further away (162km) but is also connected by public transport (S-Bahn to city centre, then train). Drivers will be pleased to hear that the route south from the airport is mostly motorway (although there can be delays at busy periods crossing Munich city and near Garmisch-Partenkirchen where the motorway finishes. The Flixbus service also runs a route from Munich Airport to Innsbruck, which calls at Seefeld.

Zurich, Memmingen and Salzburg are further options for air travellers.

Seefeld in Tirol By Rail

Seefeld, Reith bei Seefeld and Scharnitz are all on the regional rail connection to Innsbruck (around 50 minutes from Seefeld to Innsbruck with lovely views down into the Inn valley). Trains also connect into the German railway system for the longer trip to Munich (and further afield).

Seefeld in Tirol By Road

Drivers arriving from the west, south and east will probably be taking the Zirlerberg hill or the climb from Telfs up from the Inn valley. (Note that both may require snow chains in the winter season.) Visitors arriving by car from the north will arrive on the main road from Garmisch-Partenkirchen through to Mittenwald and over the border at Scharnitz.

Villages on the Seefeld Plateau

There are five villages which visitors can use as a holiday base on the Seefeld plateau:

Seefeld is the largest and best-known of the villages on the Seefeld plateau. It has been a popular tourist destination in winter and summer for many decades and is the location for a number of busy traditional and handicraft festivals during the year. The most important mountain lift facilities in winter and summer operate from Seefeld and it is a central hub for public transport services.
Check Prices and Accommodation Availability in Seefeld

The community of Leutasch is actually a number of hamlets spread out over a long valley which extends from the Hohe Munde mountain to the border with Germany. Seefeld may be the better-known centre, but cross-country skiers and keen hikers that are familiar with the area often prefer the more tranquil and less-developed atmosphere of the smaller settlements. Leutasch has a small winter downhill ski area but offers the most extensive selection of cross-country ski trails on the plateau.
Check Accommodation Availability and Prices in Leutasch

Mösern is perched in a scenic location above the Inn valley, with a view west towards the higher mountains near the border with the Vorarlberg. It is a small settlement, but is the closest to the popular Wildmoos golf course and the Möserer See (reputedly the warmest lake in the Tyrol). It is also home to the Peace Bell, which tolls every day at 17.00 and marks the spirit of community and co-operation between the European alpine regions.

It would be easy to miss Scharnitz, especially now that a long-awaited bypass tunnel has been built. But the quiet border village on the way to Mittenwald also acts as a gateway to the magnificent Karwendel Alpine Park nature reserve. The fact that it is filled with day visitors from Munich and surrounding regions on summer weekends should give an inkling of the variety of hiking (and climbing) choices available from the village.
Check Accommodation Availability and Prices in Scharnitz

In many ways, Reith is the ‘forgotten village’ on the plateau. Many of the locals work in the tourist industry of neighbouring Seefeld or down in the Inn valley. But this makes it more attractive for those who are looking for somewhere that is not too touristy, yet still with good access to surrounding attractions and some lovely views across the Inn valley to the Kalkkogel and Stubaier Alps.
Check Accommodation Availability and Prices in Reith bei Seefeld

Some of the accommodation of all types is shown on the map below from our travel fulfilment partner Booking.com. The map can be zoomed in and out by using the ‘+’ and ‘-‘ signs to show more options. More information about the accommodation is shown by hovering over or clicking on the prices. 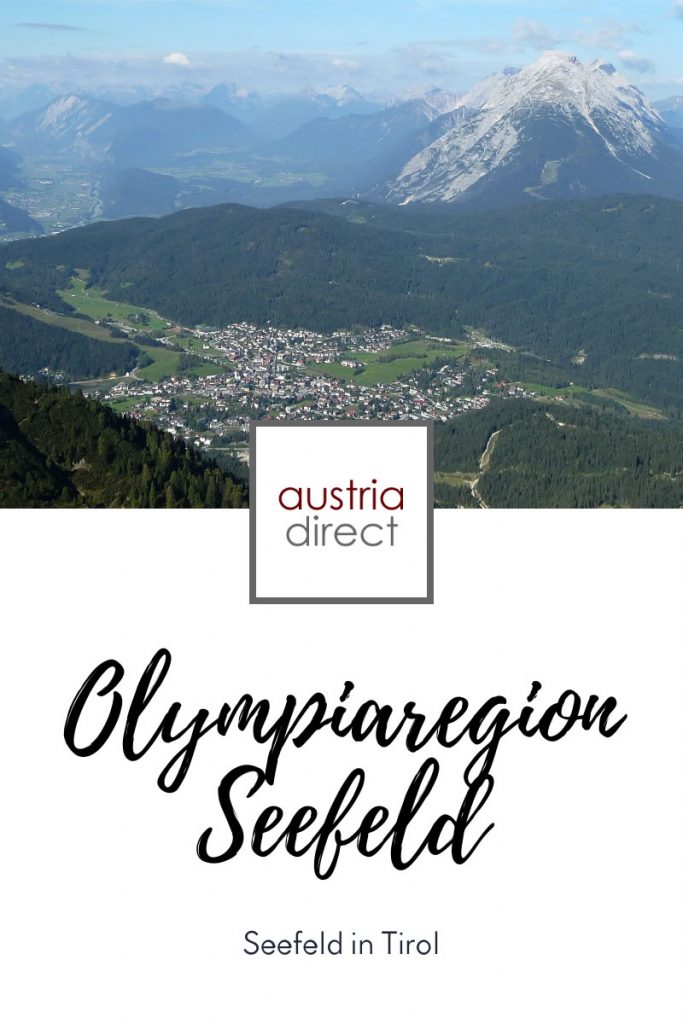