The Thaya Valley National Park is the smallest of Austria’s six national parks, with an area of only 13 square kilometres. It is located in the north of the Waldviertel region of Lower Austria and protects an area of woods, meadows and rocky outcrops along the Thaya river on the border with the Czech Republic.

Although the national park on the Austrian side is small, it is connected to the slightly larger Podyjí National Park across in the Czech Republic with hiking trails to viewpoints and ruined forts linking the two protected areas.

Created in 2000, the park is home to rare animals such as white-tailed eagles, cormorants, otters and beavers and the shy wild cats have returned to the forests of the area.

As well as animals and birds, the National Park also hosts 1200 different species of plant, nearly half of the total varieties in the country, leading some tourist office brochures to market it as Austria’s ‘Garden of Eden’.

The National Park headquarters is located a couple of kilometres outside the border town of Hardegg and houses exhibitions and a guided walk programme from national park rangers.

The National Park is relatively young but the history of efforts to bring it into being stretches back to a much earlier date.

The campaign for a national park was prompted by plans for a power station on the river on the Czech side of the border in 1984. Two nature reserves, the predecessors of the national park, were created by the Lower Austrian provincial authorities in the following years and the Czech National Park Podyjí was set up in 1991.

After a positive feasibility study had been carried out, the Thaya Valley National Park was officially opened in May 2000.

Travel to the Thaya Valley

The National Park is in a somewhat remote area in the northwest of the Waldviertel in Lower Austria.

The nearest railway station is in Retz, just over 16 km away from Hardegg. A public bus service runs between the two towns.

Hardegg is the smallest town in Austria, with fewer than 80 inhabitants in the town itself. (The surrounding villages take the total up to more than 1000.) The castle fortifications above the town date back to the 12th century, although the current structure was rebuilt in the late 19th century.

Further northwest, Drosendorf is a good starting point for a tour through the woods along the river. The small medieval town on the Thaya is surrounded by fortress walls, which visitors can walk around. There are lovely views from the steep rock on which Drosendorf is built extending far into the wooded landscape.

Retz is the nearest town of any size to the National Park and is situated to the southwest of Hardegg just outside the park boundaries.

Check accommodation availability in the Thaya valley with this map from Booking.com. Use the ‘+’ and ‘-‘ signs to zoom in on an area and reveal more options. 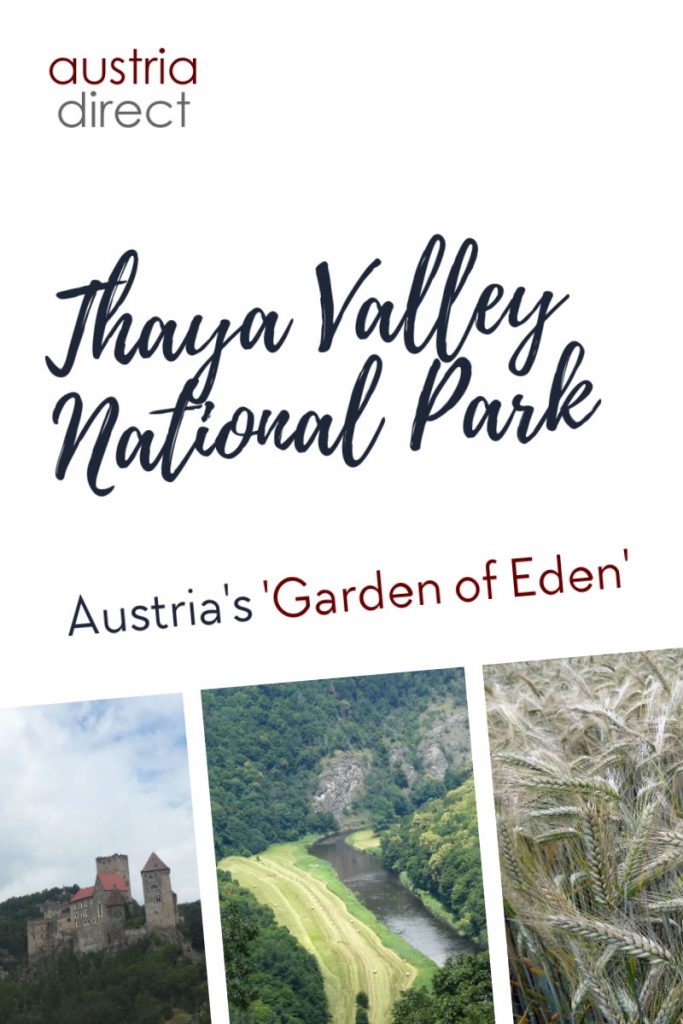