The River Lech is one of the few remaining ‘wild’ rivers in Europe and is an important biotope for plants, animals and birds. Rising in the mountains of the Vorarlberg, it runs down through the northwestern corner of the Tyrol into Germany.

The drainage from the snowmelt and the precipitation has created a unique landscape of gravel banks and water meadows that has led to the area becoming part of the ‘Nature Park’ system of Austria.

The Tyrolean part of the Lech was originally protected in 2000 and four years later was declared the Naturpark Tiroler Lech. There was some debate at the time about making the area part of the Austrian National Park system but the Tyrolean provincial government eventually decided to declare it as part of the lower level of protection.

Walking in the Lech Valley

The Lechweg is a long-distance walking trail which was only opened in 2012.

It allows the walker to follow the course of the Lech from its source in the springs near the Formarin Lake above the village of Lech in Vorarlberg, through to the Tyrol and down the valley to the wider space near Reutte and then into Germany (with a quick diversion away from the river to the Bavarian castles of Neuschwanstein and Hohenschwangau and then rejoining it at Füssen).

Those who want to follow the full course of the river can choose from itineraries ranging in length from six to eight days. The ‘sporting’ version of the walk in six days has a longest day of just under 26km (16 miles) while the longest day on the ‘comfortable’ version of eight days is just under 19km (11 miles) in the flatter part of the valley on the penultimate day.

An alternative way of doing sections of the route would be to choose villages along the way and then walk the route either side of them.

Getting to the Lech Valley

The Lech valley and the Ausserfern region towards the end of it are more remote than most of the rest of the Tyrol and many of the villages are best reached by car or by the public bus service.

There is a choice of airports which would be suitable for this part of Austria:

Zürich in Switzerland is not a bad choice for the Vorarlberg end of the Lech valley trail. There is a regular train service to St Anton and then a bus service up to Lech for those who want to use public transport. Driving the 200km by car is also fairly straightforward.

Innsbruck is much closer although the choice of flights is not as big. With public transport there is a choice of the route up to St Anton on the train and then across to Lech on the bus, or alternatively, the train service through to Garmisch-Partenkirchen in Germany and then on the Ausserfern service through to Reutte at the northern end of the Lech valley trail. The car journey to Lech is only 120km via St Anton and to Reutte 110km via the Fern Pass.

Finally, Munich is also an option for those wanting to follow the trail of the Lech from the foothills of the Alps up into the high mountains. There are good connections through to Garmisch-Partenkirchen and then on to Reutte. The car journey is around 160km.

The only real option for the train in the actual Lech valley in the Tyrol is the town of Reutte, which lies on the river. The railway station is located in the centre of the town and connects into the local valley bus service.

There is a regular summer bus service which runs from Reutte every hour through to Lech am Arlberg. The total journey length is 90 minutes.

Those wanting to start the Lechweg from the very start above Lech can use the local Lech am Arlberg services which also run hourly in the main summer months.

There is also a luggage pick-up service offered by a local bus company which allows walkers to trek during the day and the luggage to be transported onwards to the next accommodation.

Best Accommodation Bases for the Lechweg

The choice of accommodation really depends on how walkers are planning to do the trail or if they are planning to walk around the area as well. It would also be possible to do sections of the Lechweg by choosing villages and then walking the route on either side of them.

The Lechweg starts above this attractive village and Lech will be the first place that many trail hikers will want to visit. The village has a wide range of accommodation of high quality (it is an expensive ski resort in the winter time but prices drop sharply in the less popular summer season).

Reutte is the main administrative centre of the Ausserfern region and the transport hub at the northern end of the trail. Trains leave here for Garmisch-Partenkirchen and then on to Innsbruck or Munich. Despite its size, Reutte is a pleasant town with some quieter villages on the other bank of the Lech.

Check accommodation availability along the banks of the Lech River with this map from Booking.com. Use the ‘+’ and ‘-‘ signs to zoom in on an area and reveal more options. 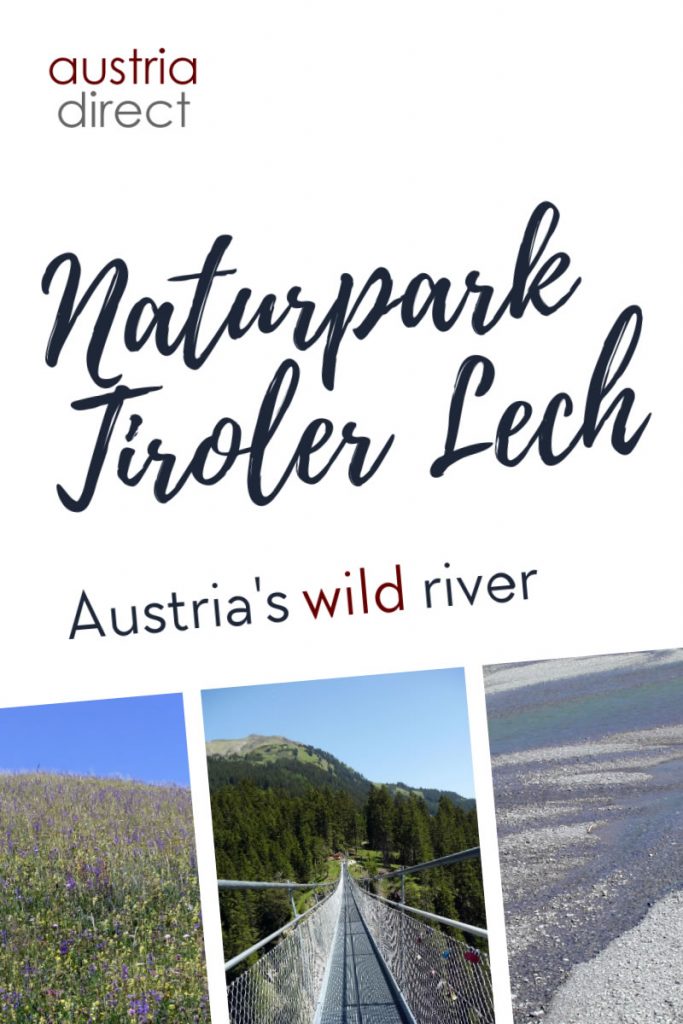